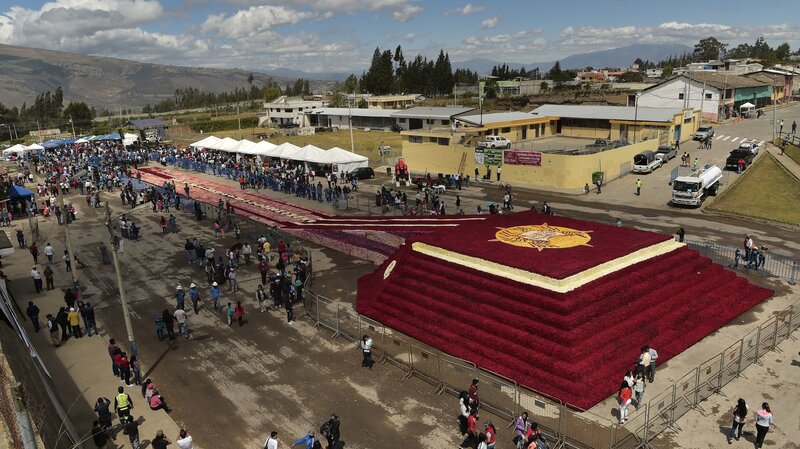 An aerial view from Saturday  a floral pyramid of more than 500,000 roses, an attempt to set a Guinness World Record in Tabacundo, Ecuador.

Half a million roses have been placed in the shape of a flat-topped pyramid in Tabacundo, Ecuador, in an attempt to enter the Guinness Book of World Records. 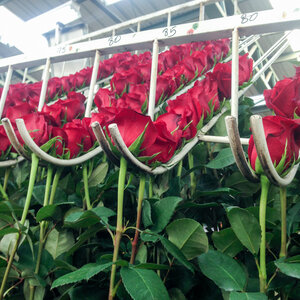 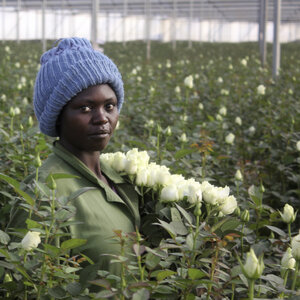 PHOTOS: Where Your Roses (Maybe) Came From

Currently, the world record for largest flower arrangement is held by the Dubai Miracle Garden in United Arab Emirates, which created a life-size sculpture of a Airbus A380 in 2016.

That installation was also covered in more than half a million flowers. 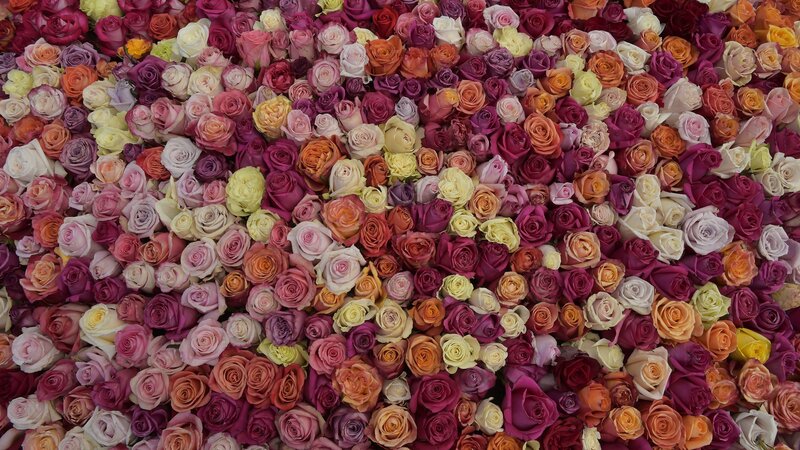 Half a million roses were placed in a replica of a pyramid located in Ecuador's Cochasqui archaeological park.

El Universal reports that the flower structure, located in the canton of Pedro Moncayo, is a replica of a pyramid located in Cochasqui archaeological park, also located in Pedro Moncayo. The pyramids in that park — also called ramp mounds or tolas -- pre-date the Incan civilization.

The massive floral structure is meant to boost tourism and promote the export of cut flowers from Ecuador, El Universal writes.

Ecuador is already the world's third-largest exporter of cut flowers, behind the Netherlands and Colombia. 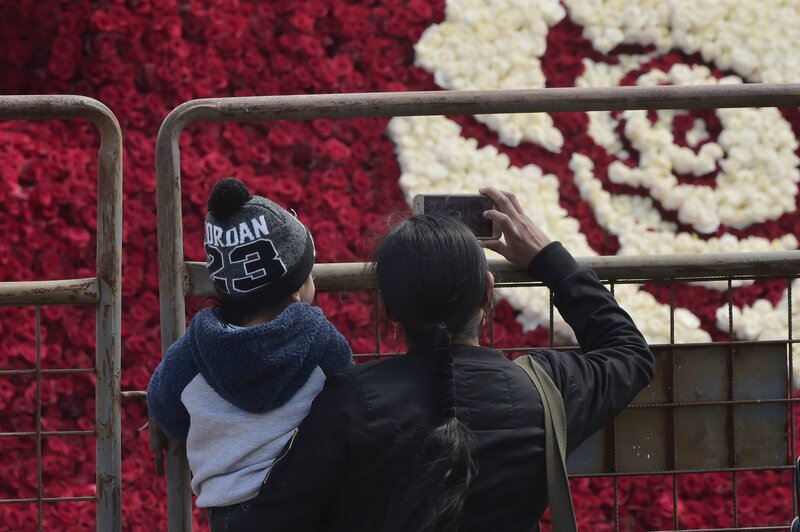 Locals visit the floral pyramid in Tabacundo, Ecuador, on Saturday.